This past Saturday, the Division 1 Mystics lost a tough battle against NYAC at Pine Banks, while the Division 2 Mystic Barbarians were able to muster out a come from behind overtime victory on the road against Worcester!

The Division 1 team kicked off against NYAC, a matchup between the previous two National Champions. The Mystics came out strong pressuring NYAC. Despite an early yellow card for NYAC, the Mystics couldn’t punch it over for a try. Then, NYAC was able to intercept a pass and take it 50 meters for a try. NYAC led 0-7 early. The two teams continued to battle, but both defenses remained strong and the rest of the first half was scoreless.

To start out the second half, NYAC put pressure on the Mystics’ defense and found the try line for another score. Mystic flanker Jon Kokinda managed to block the conversion keeping the score at 0-12. Konkinda continued his gritty play after, by responding with a strong run and assist to fullback Jared Collinson who put the ball deep into NYAC territory. After a few phases, Collinson found the ball again and finished for 5. Winger Spike Armstrong converted the try and brought the score to 7-12 with 15 minutes left. But, the Mystics couldn’t manage another try. NYAC capitalized a penalty and then scored another unconverted try. When the final whistle blew, NYAC had seized the 7-20 victory.

The Division 2 Mystic Barbarians traveled to Worcester as the number 3 seed in the NERFU rankings to play the number 2 seed Worcester RFC. Looking for redemption from their 12-39 loss to Worcester in October, the Barbarians were hungry for a win. It did not take long for the Barbarians to dot down a try. Flanker Jeff LaFlamme made a terrific offload to his fellow flanker Dana Corcoran who battled off a number of defenders to put it over the line. The score was 5-0 early in favor of the Barbarians. Later, Worcester got its first points via a penalty kick. The Barbarians continued to run hard and tackle hard, but Worcester would strike with their first try of the day. Worcester took the lead 5-10. Worcester continued to pressure with strong forward play which was rewarded when they mauled in a 5 meter lineout for a try. Fullback Duncan Wood responded Worcester try at the end of the first half by slotting a penalty kick, narrowing the deficit to 8-15.

Coach Nick Murphy encourage the Boys in Blue to keep with the game plan while making some key half time substitutions. Early in the second half, scrumhalf Adam Tafau took advantage of a quick penalty and forcing it within Worcester’s 5 meter line. The forwards worked hard on a few phases yearning for the goal line. Finally, lock Rob Brennan would drive over for a try. The score after that try was 13-15, Worcester still leading. Then came the frustrating penalties for the Barbarians. With help from these consistent penalties, Worcester found themselves mauling over for another try as the Barbarians were a man down due to a yellow card. With that try Worcester led 13-20. Still a man down, the Barbarians did not cease their hard play and were finally rewarded for it. Great back play led to a hard running Aki Raymond who was able to dot down the try. Wood came on and slotted a difficult conversion tying the match at 20-20. The two teams grinded out the rest of the half, transfering major field possession, but constant penalties from both sides ceased any progress to goal. The final whistle blew and the match was tied at 20.

The tie led to two 10-minute halves in overtime and the Rob Brennan show started. Coming back from his yellow card, Brennan battled through the defensive line and dived for a try in the first overtime period. Wood’s tactical kicking to put the Barbarians deep into Worcester’s zone was a key to the try. Wood then slotted the conversion and the Barbarians were up 27-20. In the second overtime, the lead propelled the Barbarians to keep their energy strong despite entering their 90th minute of play. Great back play from centers Adnan Kawuma and Jon Feldman put the forwards in great position to go to work. Brennan got the ball and sought out the try line like a heat seeking missile. Brennan drove through the defense to get his third try of the day. Wood slotted another conversion and Worcester was not able to come back. The Barbarians won the first round of the NERFU Playoffs by a score of 34-20!

This upcoming Saturday, Coors Light is presenting two Mystic matches! At Pine Banks Park, the Division 1 team will be hosting long time rival Boston Irish Wolfhounds! Kick off is slated for 1:00 pm! Prior to that match, the Mystic Old Boys will be kicking off against BIW at 11:00 am! Then at Fort Adams State Park in Newport, RI, the Barbarians will be playing the number 1 seed Newport RFC for the NERFU Championship! Kick off is also slated for 1:00 pm!

Mystic Nation is advised to travel to Newport to support the Barbarians in their playoff run! If you cannot travel, support the Division 1 team in Malden! Send your love and support to them throughout the week, also! 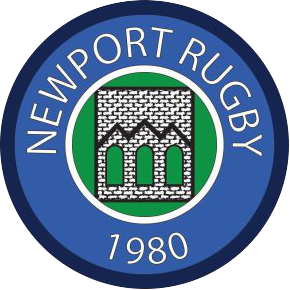