Jared Collinson put down a try to get it to 17-10 and then Adnan Kawuma put down a try to tie the match up. With only time left for one more kick off, the final sequence of play unfolded with Akinola Raymond giving solid defense and Christopher Frazier putting down the game winning try!

Unfortunately, the Mystics were unable to use the momentum in the Semi-Finals dropping the match to the eventual Gold Medal Winning Bulldogs Rugby 7-15.

But in traditional Mystic fashion, the team bounced back in the Bronze Medal Match against the Denver Barbarians. Standout player of the tournament, 19 year-old Jerone Pantor sealed the victory against Denver with a 50m try. Pantor had two tries in the match along with Sam Sirrel’s try. This gave Mystic River a 19-12 victory capturing the Bronze Medal in the National 7s Tournament! 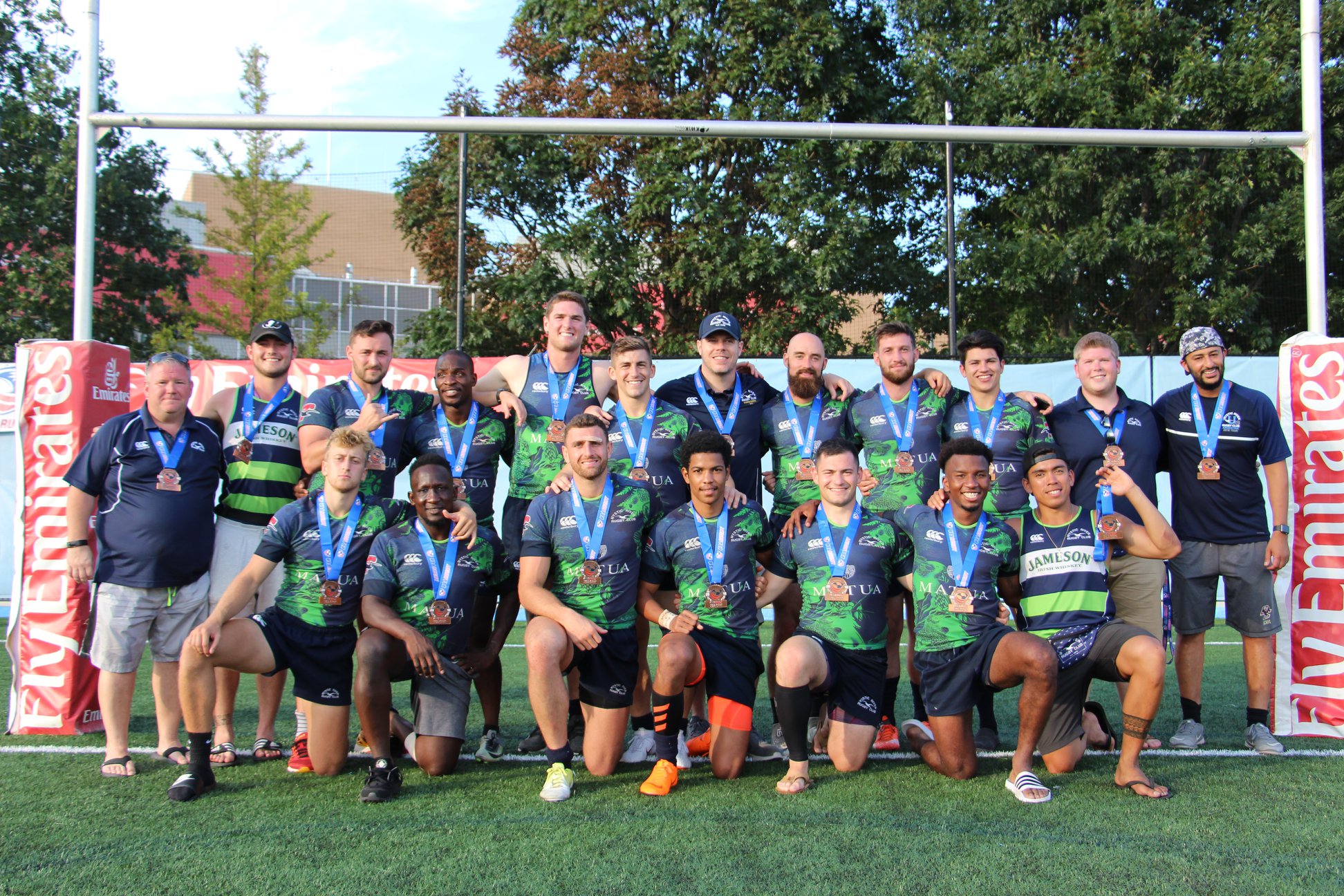 This past weekend, Mystic River hosted its first and last triple-header of the spring season at Pine Banks. The Old Boys kicked the day off against the Greyhounds, followed by the NERFU Playoff match vs. the Boston Irish Wolfhounds, which was then followed by the first MLR match at Pine Banks vs. the Ontario Arrows.
END_OF_DOCUMENT_TOKEN_TO_BE_REPLACED

So far this spring, Mystic River’s D1 side has played Rugby United New York (RUNY) twice and have seen a drastic difference in the two matches. In the first match, Mystic River didn’t fare so well and the result was a 0-50 loss to RUNY out at Gaelic Park in the Bronx, NY.
END_OF_DOCUMENT_TOKEN_TO_BE_REPLACED

This past weekend, Mystic River hosted Newport and Old Blue in a NERFU-ARP doubleheader at Pine Banks. Mystic’s D2 side last saw Newport in the playoffs, where the Barbarians squeaked out a 31-25 victory, crowning them NERFU champs. Two weeks ago, the ARP side dropped a tough match, 24-97, to Old Blue down in Randall’s Island, this time, hoping for a true home field advantage in their last meeting of the fall season.