We hope you are as excited as we are to put an end to winter and get out to see some champagne rugby! The boys have been working hard at training for over a month now with Coach Matthew Webber to nail down their fitness and put the hard work in early. Below is the tentative spring schedule, make sure to note the big NERFU playoff game April 18th against the Wolfhounds at the ICC.

3/14 at 4pm – Lets try and get a huge crowd of Blue to the FreeJacks Home opener to show our support! The match is at Union Point in Weymouth.

3/21 Jamboree Day – from 10am-9pm, Mystic River plays at either 2:30 or 4:30 vs. Connecticut Selects @ Pine Banks with plenty other matches occurring all day long!

It is with great sadness we have to report that the Mystics have lost another family member. John, Mort, and Richie’s older brother Dan passed away, surrounded by his family, on January 11th, after a long battle with cancer.

Dan was a fiercely loyal Mystic supporter for over 40 years, especially for his brothers, nephews, and all the Cambridge boys that wore blue. Dan also played a match or two for the Mystics in Braintree in the early 80s, making the Sullivan men the only four brother Mystic family to have taken the pitch for the club.

Dan will truly be remembered as a gentle giant who’s primary purpose, in a life well lived, was to help others. Dan loved nothing more than doing favors and kind gestures, small and large, for family, friends, acquaintances, or strangers.  He never expected or wanted anything in return. He simply enjoyed performing thoughtful deeds.

He was really one of a kind and will be dearly missed by his family, friends, and all who knew him.

It’s that time of year again. The time has come for us to celebrate the past season, give awards, and regret most of our decisions come morning. The party will be at Anthem Kitchen & Bar on Saturday February 8th 730PM to 1030PM.

There is a cash bar, and food will be provided. Tickets are $25 per head. Bring your livers, and prepare for a night that you’ll quickly rush to forget.

As many of you already know, the Mystic River U19 Team is planning their biennial tour, which this year will take them to Italy.

The team is traveling to Italy from February 14-23, 2020.  The boys will be playing two international matches, training with international coaches, and going to see Italy v Scotland in Rome.

If any players, old boys, or family and friends would like to join the tour please email me at pbmclark@yahoo.com.

We are also beginning our fundraising efforts to subsidize the cost of the trip for our young Mystics.  We plan to hold a raffle to help offset the cost.

We are currently looking for donations of goods and services for the raffle so we can print up tickets and sell for the trip.

If you have access to any items that you would like to donate for the raffle please email Janet Bunnell at janet@jnbassociates.com and copy Mort Sullivan at primerugby@gmail.com

We will also be putting out sponsorship packages in the near future.

Thank you for all you do to support our youth program.

All the best, TC 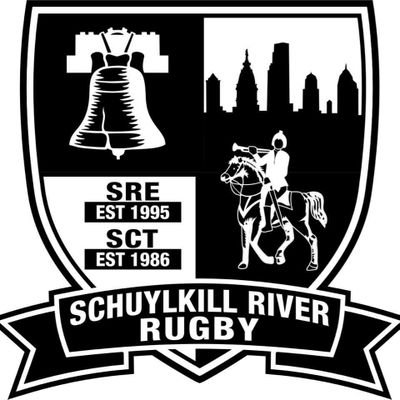 1:00 PM
Pennypack on the Delaware

3:00 PM
Pennypack on the Delaware